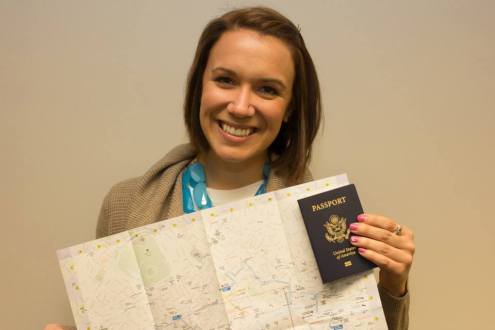 Hi there! My name is Alisa Frye and I’m a second-year master’s student at Kent State University in Kent, Ohio. I’m studying communication studies with a concentration in mediated and mass communication. I’m currently enrolled in a class called “Global Advertising and Public Relations.” The purpose of this website is for you to follow my journey while I conduct research in the USA, Ireland and the UK! Check out my about page to learn more or click below to read my blog.

Check out my blog posts:

Ireland vs. England (5/27/2015) – Read about the similarities and differences between travel campaigns from the two countries.

City of a Thousand Welcomes (5/21/2015) – This initiative was created to give new visitors to Ireland a welcoming and inviting experience.

The London Story (4/29/2015) – Visit London and Partners released a storytelling campaign to entice visitors to start their own story in London.

Traveling From Space to Ireland (4/22/2015) – Tourism Ireland and a veteran astronaut show off some of Ireland’s most popular destinations.

See Britain Through Paddington’s Eyes (4/15/2015) – VisitBritain partners with a local production company to promote Britain as a family-friendly travel destination.

Go Green in Ireland (4/8/2015) – Tourism Ireland partnered with international embassies to light the world up green for Ireland.

Get Cultured in England (4/1/2015) – VisitEngland produced a campaign to boost domestic travel in some of England’s greatest cities.

Fall Into Autumn in Ireland (3/18/2015) – Northern Ireland Tourism Board created a campaign to entice travelers to visit Ireland in the months of autumn.